When Colten was born (last August), we got rid of our table. I have bought it on Facebook for super cheap and decided to use chalk paint to spruce it up. Buuuuuut I never finished it all the way. With 3 heathens, I mean kids, not sealing a white table is the worst mistake you can ever make. Hence why it was thrown away. 11 months ago.

a few weeks back, I was sick of not having a table. Just plain over it. Yes, I went 10 months without a kitchen table. I found a table that was sufficient for FIFTEEN DOLLARS!! I proudly snatched that baby right up. Welp, Mitch hated it. It was too small and beat up. And we didn’t have any chairs for it. I found plans and bought all the supplies to build a super simple bench while Mitch was out of town. Mitch has this rule that I’m not allowed to use power tools. Not because he’s a dictator like I tell him, but because I’m a clumsy doof and what would my kids do with a mom with no fingers or hands?

But he built my bench for me. We had seating! Lol

Mitch still hated it and I continued to look around for the perfect table. The only problem was… I don’t want to spend my mortgage on a table.

I don’t want to brag or anything but my husband is crazy talented. He sees these things all in his head and scribbles out a few drawings and can build things from scratch. Earlier this year he built us a headboard.

He said, “I think I’m going to try to build a kitchen table.” I was like yesss finally. He spent hours outside in the garage on some pretty hot Arizona days working on the table. Our neighbors would walk by and watch him to see what he was building this time.

I think it took him 3 days of nonstop work and he was officially done with the table. You wouldn’t think a lot of sanding is part of it. But holy cats! SO. MUCH. SANDING. 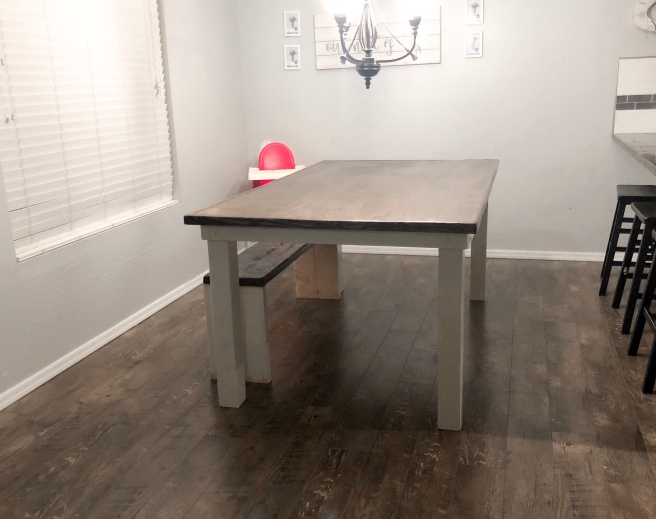 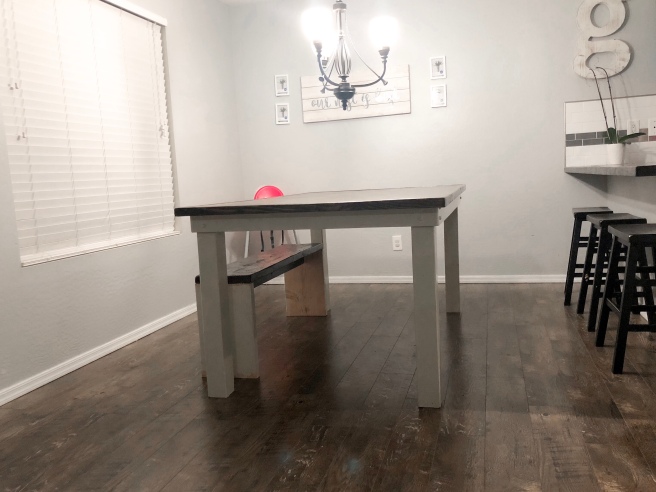 Mitch was no longer impressed with my simple bench. Haha He decided that he was going to build a bigger better bench. I was like “ya okay. My bench is awesome and it does what it’s supposed to do but you can try… ” 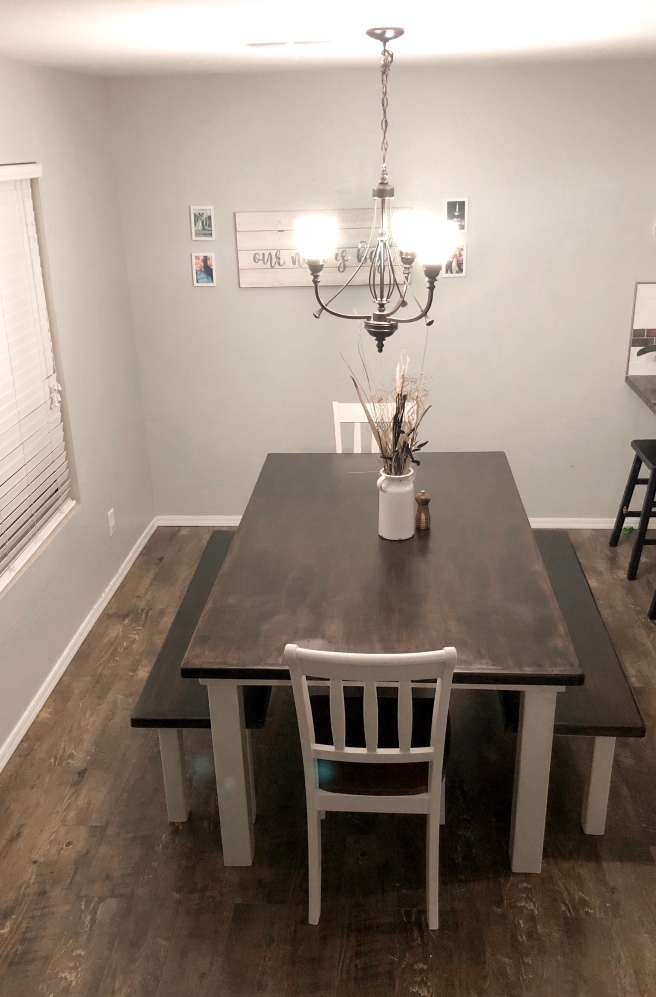 I’m super impressed. Like so impressed that this is probably the nicest thing in our house and Mitchell made it. With his own hands, sweat, and maybe a few tears? Maybe. We did buy the chairs new from American Furniture Warehouse. We’re not ready to commit to making chair just yet.

Oh! And in case you were wondering. Which I know you were…. we used the old $15 table legs to make a coffee table. Which is also a favorite in my house…I don’t think we’ve ever had a coffee table and I kinda love it! Also Colt’s as well. 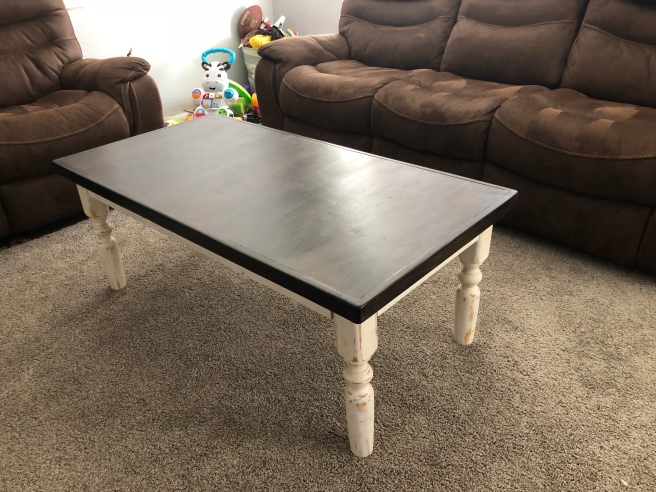 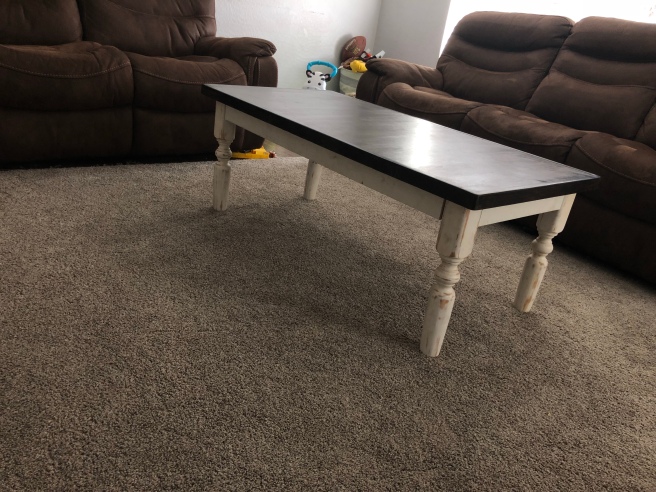 I told him we’re starting an etsy shop, this just might be his ticket out of the industry he’s in. Just maybeeeeeeee 🤔